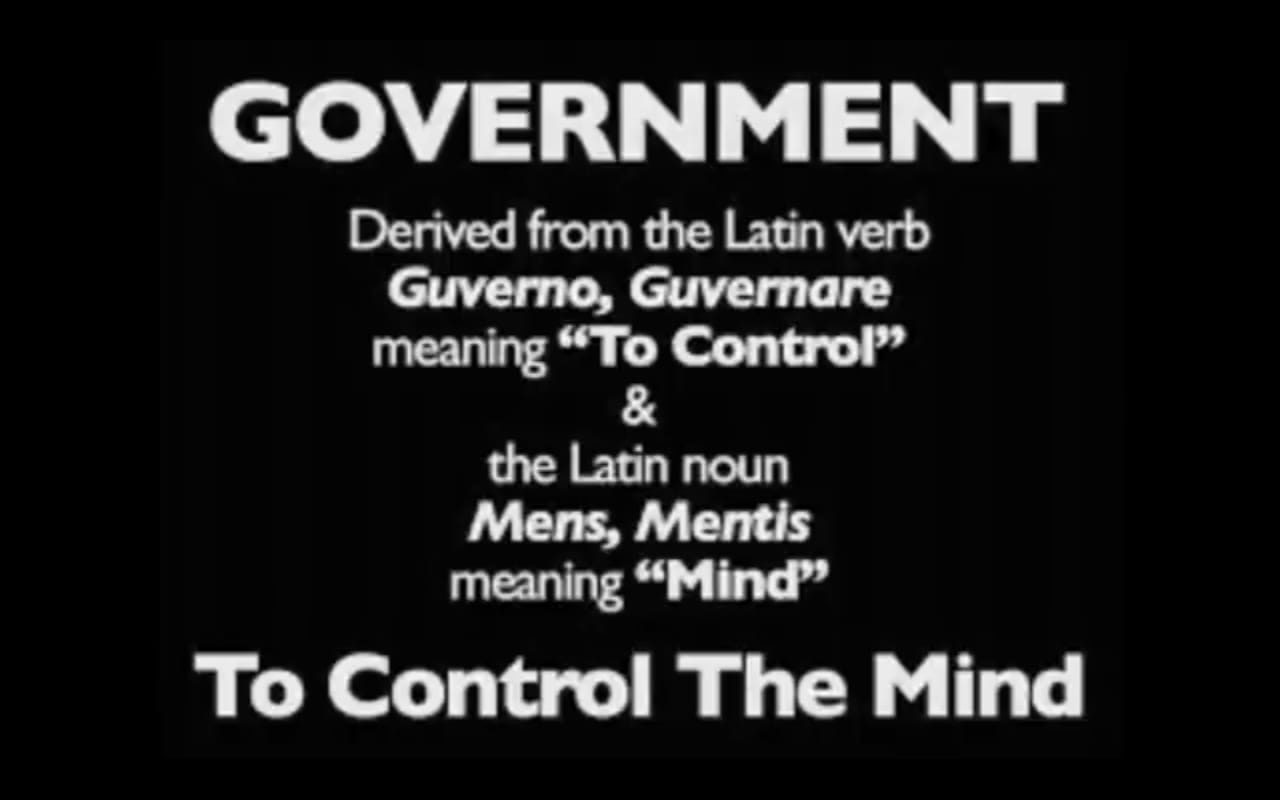 Did you read that right?

Indeed, they used your money to sponsor a system of education that supports socialist platforms putting everyone on a need to know basis. Its like shooting yourself in the foot. 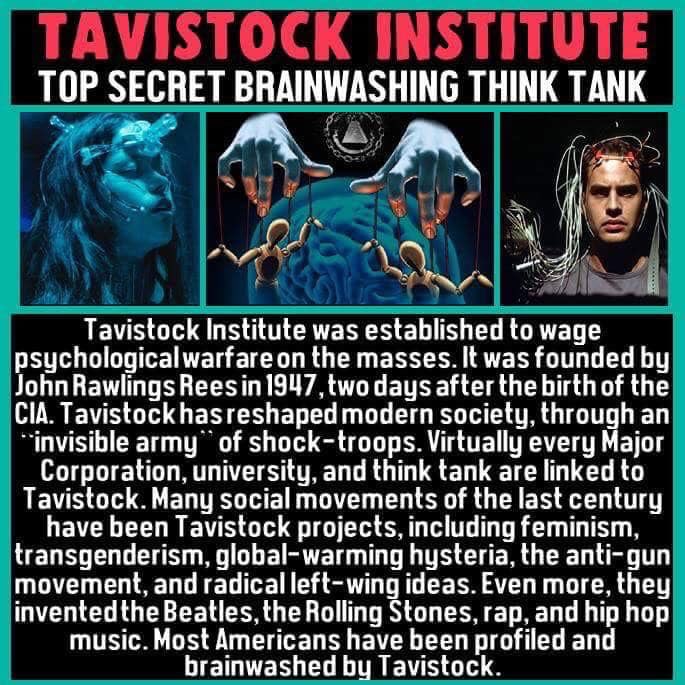 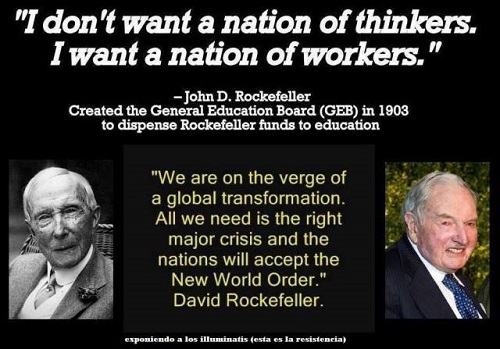 Nothing to see here.

Some even believe we (the Rockefeller family) are part of a secret cabal working against the best interests of the United States, characterizing my family and me as internationalists and of conspiring with others around the world to build a more integrated global political and economic structure – one world, if you will. If that’s the charge, I stand guilty, and I’m proud of it.”
(David Rockefeller, Memoirs, p. 405)

In 1934, a book was published titled Conclusions and Recommendations for the Social Studies. This book was the result of a study called: The Investigation of the Social Studies in the Schools. Funded by the Carnegie Corporation for the amount of $340,000. The book was an outline for using education to transform the United States from a constitutional republic to a socialist state. The following are excerpts from the book:
The Commission was also driven to this broader conception of its task by the obvious fact that American civilization, in common with Western civilization, is passing through one of the great critical ages of history, is modifying its traditional faith in economic
individualism, and is embarking upon vast experiments in social planning and control which call for large-scale cooperation on the part of the people…. (pp. 1–2)
Cumulative evidence supports the conclusion that in the United States as in other countries, the age of laissez faire in economy and government is closing and a new age of collectivism is emerging…. (p.16)
The implications for education are clear and imperative: (a) the efficient functioning of the emerging economy and the full utilization of its potentialities require profound
changes in the attitudes and outlook of the American people, especially the rising generation—a complete and frank recognition that the old order is passing, that the new order is emerging…. (pp. 34–35)

In 1939, Adolph Hitler was brought to power through underground socialist channels of the elite class in America and Britain. Let there be no confusion about Hitler‘s politics –he was a socialist. ―Nazi means national socialism. Hitler wrote the following in Mein
Kampf:
Summing up: the populist state will have to put general scholastic instruction into a shortened form, including the very essentials. Outside of that, opportunity must be offered for thorough, specialized scholarly training. It is enough if the individual person
is given a store of general knowledge in broad outline, receiving a thorough detailed and specialized training only in the field which will be his in later life…. The shortening of the schedule and of the number of classes thus attained would be used for the benefit of the
development of the body, the character, of will and resolution…. There should be a sharp distinction between general and specialized knowledge. As the latter threatens, especially today, to sink more and more into service of Mammon, general cultivation, at least so far as its more idealistic approach is concerned, must be preserved as a counter-weight. Here too the principle must be incessantly pounded in that industry and technology, trade and
commerce can flourish only so long as an idealistically minded national community provides the necessary conditions. These conditions are founded not on materialistic egoism, but on self-denying readiness for sacrifice. Note Hitler‘s collectivist mindset and the idea that specialized knowledge is of great value. This is similar to the concept of school-to-work programs that have developed in the United States in the past few decades. The current trend in American education, naturally supported by large corporations, is geared toward global workforce training,
which emphasizes a shortened general education in exchange for specialized skills training. This is socialism rearing its head once again in our time, just as it did in Nazi Germany – only this time on an international scale.