Nimrod is Gilgamesh: Who is Nimrod?

Who is Nimrod? Is Nimrod Gilgamesh?

Now you might be wondering why we would even look at this story… “The epic of Gilgamesh”.

The reason is it correlates to Nimrod and I’ll show you how. The bible speaks of the tower of babel in Genesis chapter 11.

We can also look at the stories that existed around Babylon, around the tower of babel and put two and two together and see that the story of Nimrod in the bible is backed up by what ancient Babylon, Mesopotamia and Sumeria, what their own legends say about this specific man.

What does Nimrod mean? It comes from the Hebrew verb marad, meaning “rebel.” Adding an “n” before the “m” it becomes an infinitive construct, “Nimrod.” The meaning then is “The Rebel.” Thus “Nimrod” may not be the character’s name at all. It is more likely a derisive term of a type, a representative, of a system that is epitomized in rebellion against the Creator, the one true God. Rebellion began soon after the Flood as civilizations were restored. At that time this person became very prominent.

Nimrod was not his actual name recorded but who he was to God. This is an important point.. because in the epic of Gilgamesh it talks about how Gilgameshs name will be exalted and lifted up to the heavens. The epic of Gilgamesh has to be the Nimrod of the bible because so many of the same traits are talked about, and even some of the people correspond to others in the bible.

We would expect this because Genesis 11 tells us all of humanity started to move eastward first, and then this mighty man came.. then there should be some historical records, some archeological records and some myths that would corroborate what the Bible says about this Nimrod…and we DO find that!

In Genesis 10:8-11 we learn that “Nimrod” established a kingdom. Therefore, one would expect to find also, in the literature of the ancient Near East, a person who was a type, or example, for other people to follow. And there was. It is a well-known tale, common in Sumerian literature, of a man who fits the description. In addition to the Sumerians, the Babylonians wrote about this person; the Assyrians likewise; and the Hittites. Even in Palestine, tablets have been found with this man’s name on them. He was obviously the most popular hero in the Ancient Near East.

Now think on this.. if somebody is in defiance of YHVH, you’re going to expect that their history is going to be somewhat different, somewhat warped. Where all of the sudden they’re not worshiping God, but they’re worshiping themselves. Also just knowing what we know about Ham and his sin.. many believe Ham was another man who wanted to be God of the earth.. so that’s WHY he raped Noah’s wife after the flood. Now we should kinda expect to see these same people in these stories especially if they lived the ages the bible tells us that they lived.

For the skeptics..
It’s not that the bible is ripping off the other like many claim.. It is showing “hey there’s other evidence to show that this initial biblical account is infact true!”

So let me just give you an overview of the epic of Gilgamesh, because it’s a long story. Mind you, It’s a ridiculous story and there are so many different versions.

Now, there’s this man named Gilgamesh, and he’s 2 parts god, 1 part human. I have no clue how you could be a human in 3 parts genetically. However, we do know that we have the Godhead. God the Father, the son and the Holy Spirit. So heres Gilgamesh trying to exalt himself to the status of God by having 2 parts god, 1 part human. You see the same imagery in Gilgamesh, even though this was long before Christ Jesus came down from heaven to live in the flesh.

So there is a mighty man, a wild hunter and he becomes king of a city. He builds WALLS, he builds a temple, and he’s a TYRANT. He was a very very harsh king. (Sounds like nimrod to me..) so the people start to cry out to God that this man is too much of a tyrant and they can’t take it any longer. One of the “gods” called Anu/Aruru sends Enkidu. Enkidu is a “wild man” that lives among the earth and eats grass, vegetation and he hangs out with the animals. The hunters then start complaining to Gilgamesh about how this “thing” is messing up the traps, and he needs to do something to fix this problem. Gilgamesh sends a temple prostitute to have sex with Enkidu for 6 days and 7 nights and that’s what turns Enkidu into some sort of human being that is civilized. Now Enkidu is going back to see Gilgamesh to challenge him to a fight. Because Gilgamesh is the king, so he gets to sleep with any of the women who are going to be married.. I assume the prostitute is going to marry Enkidu…any how..Enkidu and Gilgamesh get into a battle. They fight, kind of wrestle around and THEN they decide that they are now besties.. 😂 time passes. They then get this bright idea and decide that they are going to go kill Humbaba, which is the God who protects the great cedar trees.

Now, It’s my personal belief that Humbaba/Humwawa is YHVH in the Sumerian/Assyrian mythology, because of course they’re going to say that the one true God is an evil God that needs to be done away with.

Now what you need to understand is that the epic of Gilgamesh is written on a stone tablet.. so when Gilgamesh and Enkidu are about to go to battle with Humbaba or Humwawa, Gilgamesh says that’s he’s going to make a name for himself and that if he fails in his task then he will be known as “Gilgamesh the mighty who died in battle against Humbaba”.

But then the next 5 lines are chiseled out!! Now there’s something really interesting in Genesis chapter 10..
It says “Nimrod was a mighty hunter in defiance of YHVH.”

Genesis 10:8 “And Cush begat Nimrod: he began to be a mighty one in the earth.”

There is much written of Nimrod by the ancient writters, and Josephus wrote “Nimrod persuaded mankind not to ascribe their happiness to God, but to think that his own excellency was the source of it. And he soon changed things into a tyranny, thinking there was no other way to wean men from the fear of God, than by making them rely upon his own power.”

So we see in Nimrod, Satan’s first attempt to raise up a universal ruler of men. Since then we have seen many other attempts, such as Nebuchadnezzar, Alexander the Great, Napoleon, and in the end times it will happen again.. Satans will repeat it as he presents himself as a super smart powerful human, but hes the Antichrist.

So mighty was Nimrod in the eyes of the people of the earth, that a Semitic proverb took it’s origin and belief that, “Jehovah was not known in Babylonia”. In the Hebrew text, the manuscript records “before the Lord”, as written; “in defiance of God”.

And so we find our answer in our Father’s word. Those are the sentences that are missing in the epic of Gilgamesh. ” in defiance of God.”

“Nimrod the vanquisher, he’s the one going to destroy God.” The bible is recording “this is what people said.”.

Nimrod IS Gilgamesh. That he’s the one who slays Humbaba, he’s the one that was victorious. We KNOW it’s a BIG FAT LIE. BECAUSE OUR FATHER LIVES. It’s just some made up crap that Nimrod/Gilgamesh said to build up his own image.

That’s whats chiseled out of the stone where the epic of Gilgamesh seems to end. Nimrod/Gilgamesh believed “if I lose, I will be a great name and will be known as somebody who died fighting Humbaba.”

But the bible tells us that everybody said that he was the one who vanquished, he is the one who destroyed God. So that is why we have that line in Genesis 10. It tells us EXACTLY what the people said about Nimrod.

But isn’t that what men tried to do throughout the bible? “Oh, I’m going to be God.” Well if the one true God Jesus still lives and exists how are you going to do that unless you go toe to toe with him? YOU CANT GO TOE TO TOE WITH GOD.. YOU WILL LOSE.

Anyhow back to the epic..

Enkidu and Gilgamesh set out on this journey, they walk for a couple days. The amount of space they would have had to walk would have taken months and months for humans to walk that long.. But they pray to shamash(satan), “the sun god” for protection while they are traveling out to go see Humbaba so that they can kill him and take away his cedar trees. They’re traveling and each night, Gilgamesh has strange dreams and everyday Enkidu translates the dreams for him. Now, One of the dreams is that Gilgamesh is lifted up in this huge guy’s hand, who is like a stone demon creature thing and Enkidu tells him “Oh! This means your name is being lifted up to the heavens! You’ll be remembered FOREVER”. So they go to fight Humbaba and Shamash(satan) comes down and sends a storm which frightens Humbaba, and Gilgamesh is able to get the upper hand. Enkidu then tells Gilgamesh, “kill Humbaba don’t just take him as your prisoner.” Gilgamesh thinks about it and ends up beheading Humbaba and then he cuts down some of the cedar trees to make a giant gate for his city. Now after they get back to Erech/Uruk or Iraq, Enkidu gets sick.. and for 12 days HE’S having strange dreams with Gilgamesh by his side. Enkidu starts describing the “underworld” and He describes it as “the house of dust.”

This made me think of Genesis 3:14 And the Lord God said unto the serpent, Because thou hast done this, thou art cursed above all cattle, and above every beast of the field; upon thy belly shalt thou go, and dust shalt thou eat all the days of thy life..

Enkidu is describing Satan’s realm as “a house of dust.” We would expect this if the bible is true.. We would expect that even the people who don’t worship God to still have some things that are similar to what the Bible teaches us about certain people. Why? Because these are real people. (Of course Gilgameshs tale is embellished.)

So after 12 days Enkidu dies and Gilgamesh is really upset. So he decides to go on a journey to see the only “immortal” person he knows who survived the flood and wants to know how he can be immortal just like him. Of course this must be Ham.. Now because Ham isn’t immortal, there’s no way that Gilgamesh is going to be able to get immortality. It’s impossible. So of course they make up some challenge that Gilgamesh obviously loses so that he doesn’t get immortality and we see throughout the bible that, that is what these evil people want..

They want to be like God, they want to be immortal, powerful, wealthy and all the trappings that come with being at the top.. but here on earth. They want it in human terms of money, material possessions, the women etc. And that’s exactly what we see with Nimrod and we see it in the epic of Gilgamesh. Why? Because THEY ARE ONE IN THE SAME PERSON.

Again it’s not that one is ripping off the other, it’s two sides that are in conflict with eachother and they both have their side of the story. Obviously one is right and the other is a twisted version.. just as Satan and his minions do all things..They twist the truth. 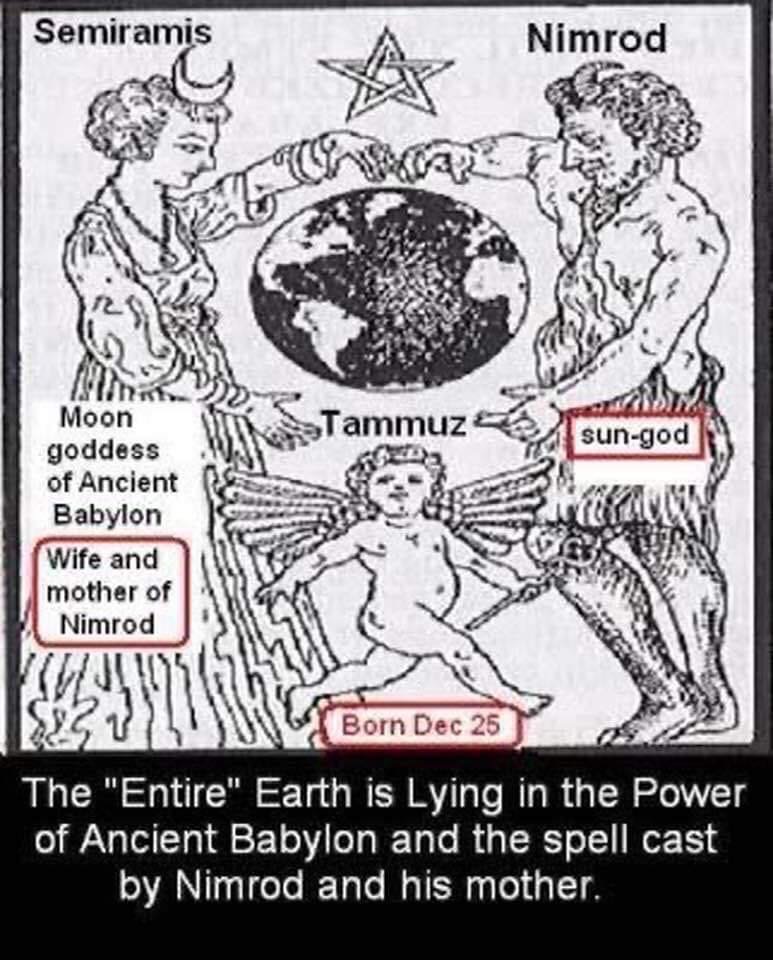 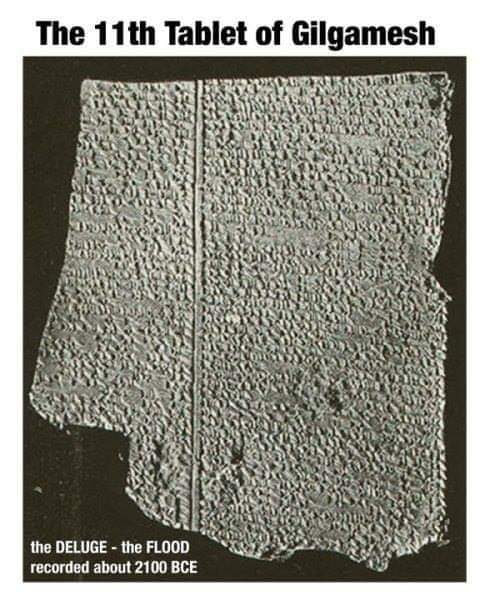 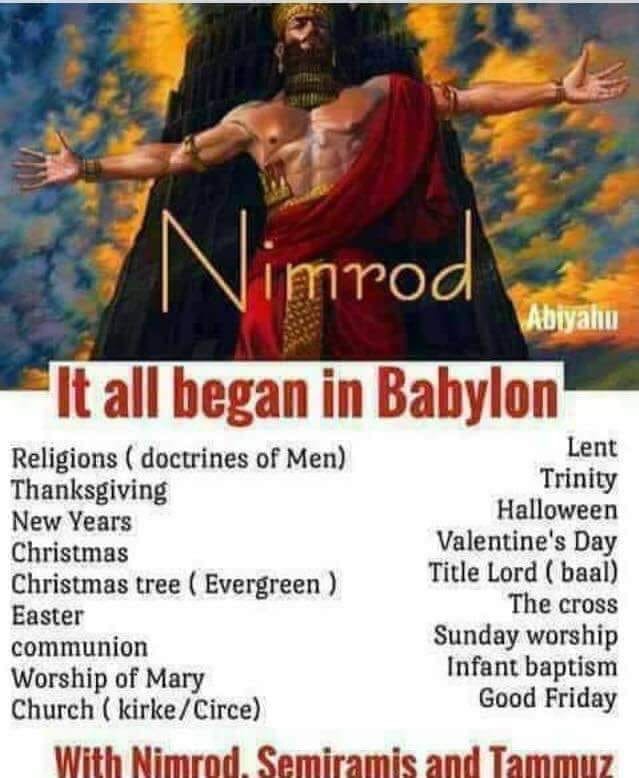 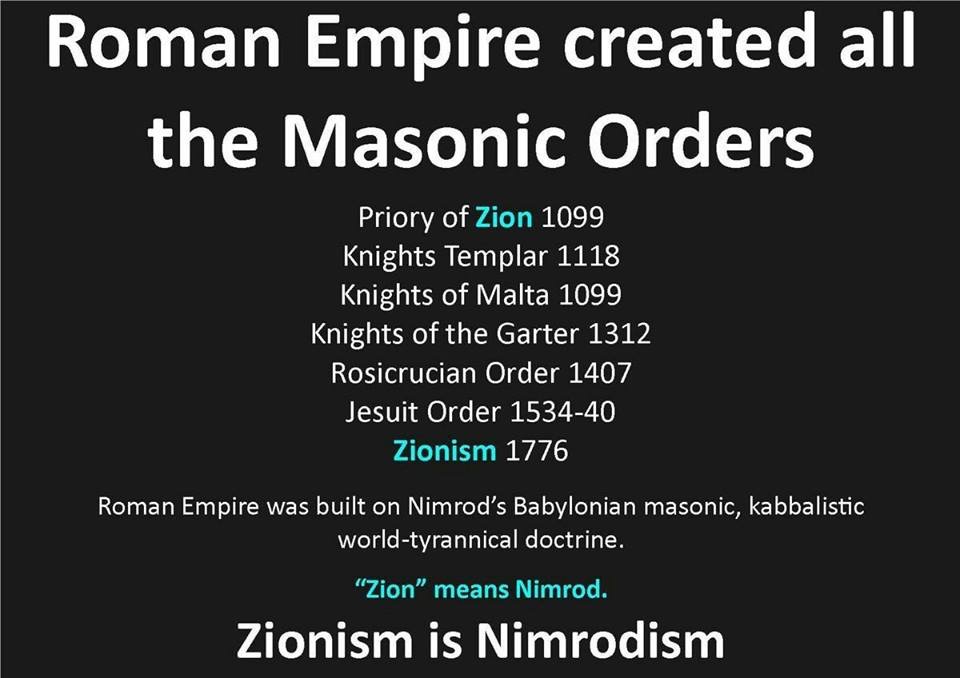