The Occult – Demistyfying Origin and Source

The Occult – Demystifying The Origins

Members of The Occult take many forms, but they all follow the same rituals, same principles set forth by a single will from the beginning of our current civilization.

This is known as The Will of Canaan; There are several feasible accounts of who Canaan was, several stand points from Muslim pespective as well as a Biblical Account. I will deviate slightly from canon and resolve the situation thusly.

It is know that the witch Namaah was on the Ark as Hams wife, as chosen by Noah just days before the rain came.
She was descendant of Cains evil seed, which was the whole purpose of the flood to wipe out the evil genome. I propose that either she also produced Canaan, or Canaan was produced from the unholy union of Ham and his own mother, and was cursed by Noah for eternity as indicated in Genesis 9.

The facts point to Canaan being the result of an incestuous relationship between Noah’s wife and Ham.

Discovering nakedness is a euphemism for sexual relations, gives new meaning to Genesis 9:

Gen 9:20 Noah begins making wine
Gen 9:21 Noah gets drunk
Gen 9:22 Ham (father of Canaan is highlighted) seeing that his father is incapacitated makes advances on his mother. After all, sex is pleasurable, men tend to desire multiple partners, not many women are available after a global flood, and his mother is probably still attractive due to pre-flood aging conditions. He gloats of his conquest to his brothers.
Gen 9:23 The brothers try damage control. They cover up their mother (is she drunk also?). The Bible tends to omit relevant facts about woman in Genesis (what was her name?).
Gen 9:24 Noah comes back into consciousness and figures out that his wife got knocked up (after some time).
Gen 9:25-26 He curses the new nation/person that will be formed from this union.

Canaan had been cursed shortly after the events of the great deluge. His father Ham, had also been punished from fornicating on the Ark against Gods wishes. It is said that is why his descendants are all dark skinned, allegedly the progenitor of the negros, blacks. Ham was cursed black by God for the trespass of intercourse on the Ark with Namaah.

Canaan was cursed to be slave to his uncles Shem & Japhet:

Gen 9:25 And he said, Cursed be Canaan; a servant of servants shall he be unto his brethren.
Gen 9:26 And he said, Blessed be the LORD God of Shem; and Canaan shall be his servant.

Upon Canaans birth he bore this curse of slavery and became the seed of evil for the post flood civilization, us. The beginning of the bloodline wars: Canaan: Canaanites VS Shem and Japheth and their descendants. From a life of slavery rose hatred the most ideal breeding grounds for manifestation of dark energies, demons, evil. Before Canaan departed, he left his descendants with the following command:

“Five things did Canaan charge his sons: love one another, love robbery, love lewdness, hate your masters, and do not speak the truth.” Pes.113b. [Babylonian Talmud]

This has been the motive operandi behind every evil act against the general population. This was basically instructions for genocide against Shem and Japhet and their descendants. And they were very careful in making sure that no one discovered their instructions, so that while the descendants tried with all their love to convert the Canaanites, the Canaanites always rebelled against god and perverted every attempt of good will.

From this they have contrived and conceived ways of punishing and torturing the population under their ritual deity worship from poisoning the food, to completely inverting our medical institutions, civil laws, and anything considered good.

I do not make these claims lightly, as I would never willfully break natural law, gods law.

This basically sums up the origin of The Occult, but their rituals, and blood sacrifices were not unified until the rule of the one called Nimrod, the head living Baal of The Occult. Nimrod means “the rebel” in hebrew. This rebel against god took many names as when God confused the language of the people at the tower of Babel(Gen 11:1-9), he broke them up into many different tongues. So, as distance and language began to spread, so did the stories and names of Nimrod.

And we are at an important junction in anyones study of The Occult.

1.You now know their source origin from documents of provenance, prima facie, as to who they are and their specific instructions as to how to live their life.

2.You now know who is their source deity, and all his forms, essentially the one called the anti-christ.

Having the source connections will now allow for easy extrapolation of our history, events, and the people involved. You can now acquire the truth without needing to refer to dubious digital sources of fake mass media. 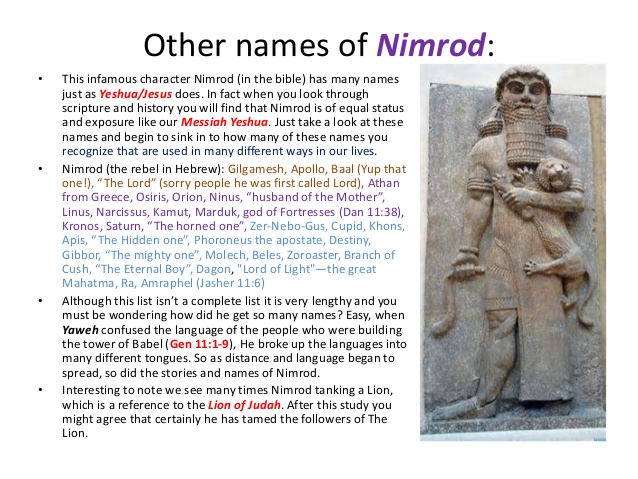 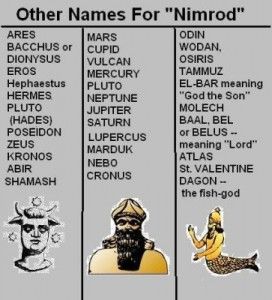 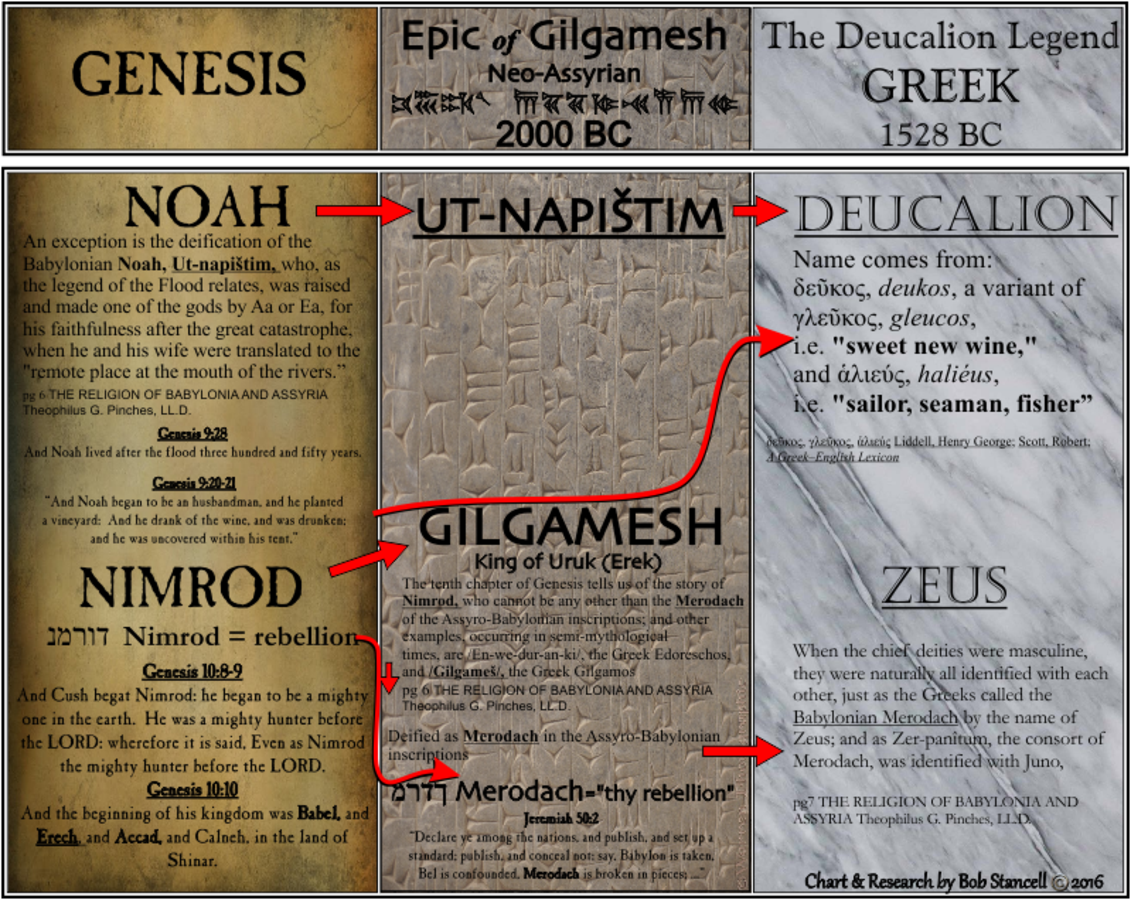