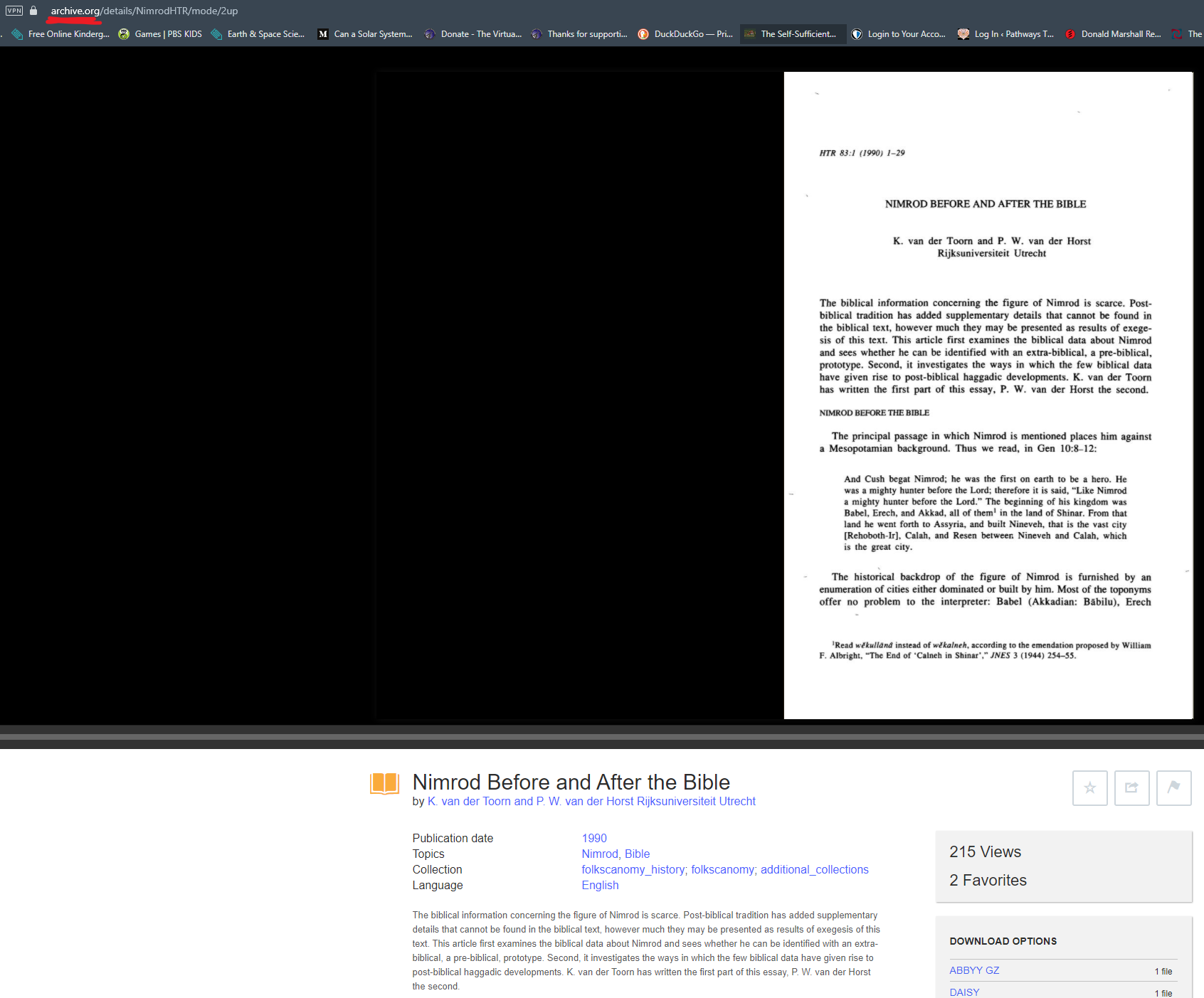 “Although testimonies about Nimrod as the originator of fire worship and star worship are found in Christian sources, especially the PseudoClementine Homiliae 9.4-5 (cf. the Recognitiones 1.30) and the so-called Cave of the Treasures. there can be little doubt that the identification of Nimrod and Zoroaster had a Jewish origin. Bousset has aptly remarked:

After a certain point, it also must have seemed to the Jews of the Babylonian lowlands that [Zoroaster] was the creator of the pagan religion that dominated the region, indeed, that he was the most famous and outstanding of all the founders of pagan religions. Consequently, Zoroaster also became for them a Babylonian, creator of Babylonian wisdom, and leader of the Chaldeans. From there it was only a step to the identification Zoroaster-Nimrod. The figure of Nimrod, so familiar to Jewish legend, and the figure of the founder of the Persian religion, the religion ruling in the Babylonian lowlands, henceforth flow together, and although it appears at first glance like the fantasy of some lazy mind, in the identification Nimrod-Zoroaster we have a last distant echo of a tremendously important event in the history of religion, namely the incursion of the Persian religion into the Babylonian lowlands.

More could be said about this fascinating identification, but space does not permit us to do so here*. Anyway, it is clear that the image of Nimrod as the archrebel against God lent itself easily to identification with a person who in a certain religio-historical constellation could be regarded as the founder of paganism par excellence, in this case the influential Zoroaster.”

*We indeed have proven this. Much more! 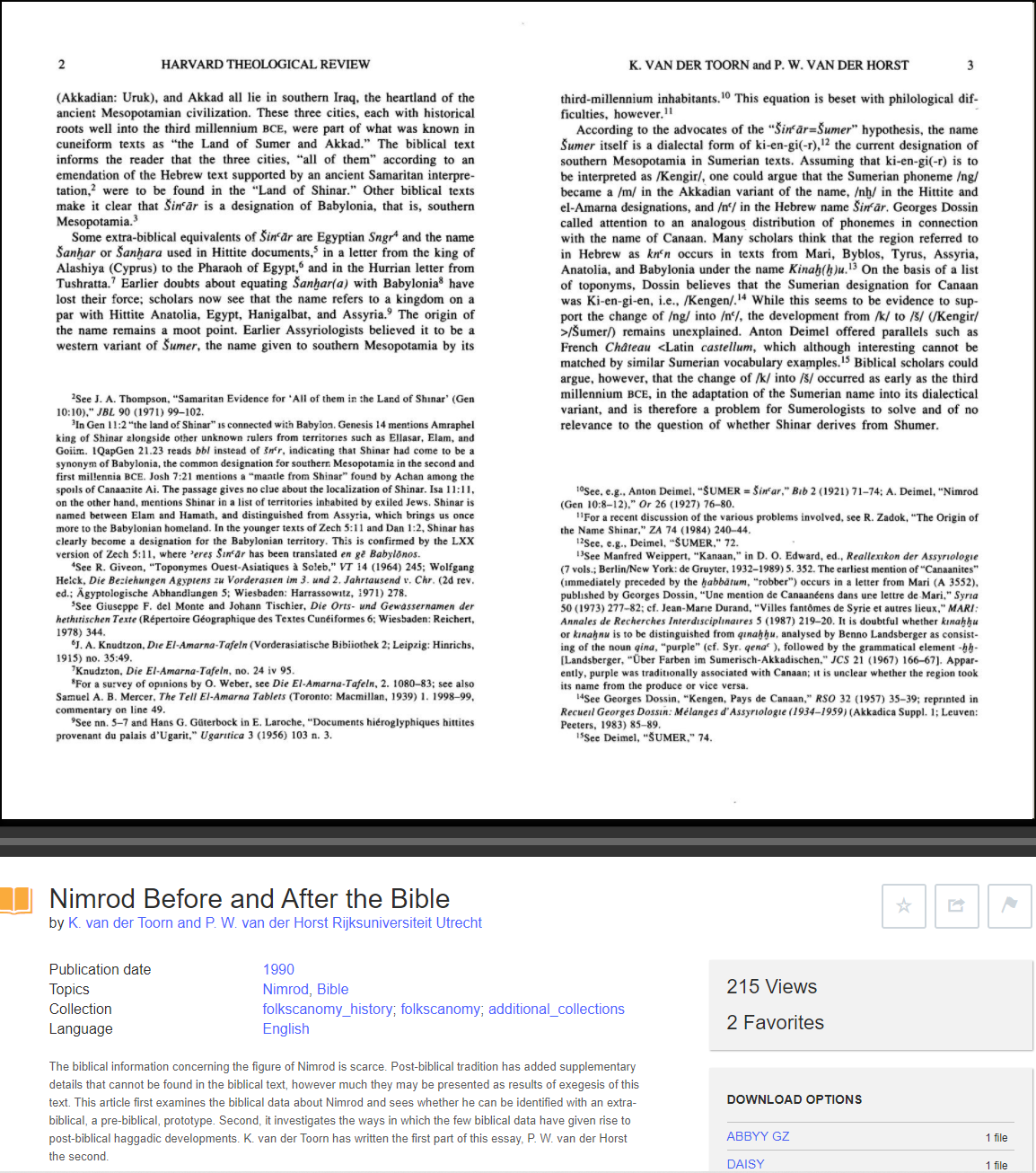