The next subject which I dare to share my investigation into is perhaps the most difficult as it lies at the core belief, and embodies the good of humanity. Our existence is overshadowed by antihumans who have gone on to commit great acts of injustice in the name of humans. And as representatives of the rest of us they have smeared our image in the eyes of all who look on to our little civilization from afar. Even in self reflection it is difficult to ascertain how much of what story is actually true, and if judgement is rendered by half truths how are we to judge? We can speculate on the truth and that speculation wrought from investigation of evidence that follows a chain of events that most resemble a world we have some fundamental understanding in. If science came to mind, then we have already made our first error in our investigation. Science today is based on appeasing those who control the approval bodies of the science communities. It is definitely not built on results that do not favor the resolve of those in charge. Resultants in the sciences that do not reflect the policies of the parasites in control are often ridiculed and suppressed. What has become very clear, the darker and closer a result resembles the dark agenda, the more likely it is the resultant that is pursued and tauted as truth by those on the payroll. This is the condition of todays settled science. Truth is not the building block of it’s foundation and truth is not what science aims to resolve. With that being said we can immediately begin to eliminate in our working theory some of the beliefs made through its vestiges.
I will outright tell you I do not believe the evolution epic of todays scientific community, rather, I’m very hesitant to believe any Rhetoric this institutional body commends. From the shape and body of the cosmos, to algebraic nature of the field of quantum mechanics. Let me add immediately that I frown on new age religious doctrines that typically synergize into the ultimate worship of the sun god, the antichrist. Whether by their means or by the results, the work of parasites becomes apparent to the student of The Occults symbols and rituals.

There are some conclusions that can be arrived at by this deduction.

Seems the idea is to have you seek eternal sustenance through a proxy other then self. This is the common that I have concluded on and the narrative I will hereby elaborate.

The mythical versus the mystical. The ancients according to the records of Provenance we have allocated in the reference section, indicate a world where the way people existed is drastically different almost to a point of impossible consolidation within our arena of understanding. These ancient people have been robbed of their existence via the “scientific community” and their truths not transfered to the public domain. Not only have we been hoodwinked into false dilemmas but we have not been the recipients of their works and technologies, which as indicated earlier are enumerably different from our own constructs.

Once in agreement that a crime has taken place, we can begin the steps of investigation via the current methods of forensic analysis of evidence. Thusly, we have established a MO(motive of operation) behind the crime, the crime itself, and now we will pursue as investigators following a case, due course of justice. If this were a court case, we would establish evidence in form of documents of Provenance, also known as Prima Facie. This is source evidence that is used in building a case. Typically, it is tangible and takes a physical form. Experts on the subject of evidence are sought to provide testimony in front of a jury to indicate how they are linked to the crime. These are the steps we will follow in ascertaining a possible treatise on what for many is the very foundation of their daily doctrine. We must vindicate the truth, and unoccult it from the veil.

In taking on this monumental task, come the responsibility and the likely hood of falling into some of their practices to bring them to the surface for examination. Myself becoming a victim of their devices, I will stand prudent to my principles in executing justice in accordance with Natural Law, eternal and immutable. Exists and applies universally from beginning of creation and cannot be changed. These basics are given to us in the scripture of our Holy Books and for the most part sum up to; Thou shalt not Steal. Theft of service, theft of life, theft of time, theft by deception, theft of any sort is universally unacceptable.
These edicts are fairly simple to uphold, and define men and women of character that can coexist with others in respectful and compassionate ways.

Jesus parables are an excellent example of the reaping of benefits from avoiding logical fallacies. Scripture is clear on what is expected out of you as human being. It matters not what version you read, the message is generally the same. One also does not need to decode the message of the bible to receive its benefits, however one must vehemently avoid anyone who clutches to it and attempts to use their voice to educate you on it. This I believe must be avoided at all cost. Hence, my absence from church the last three decades. Scripture is written to have a unique profound experience on the reader, but only those who read it can become enlightned by its message no pun intented. The Holy Books of all brothers and sisters worldwide have been tampered with unfortunately and used inversly to that which they have been designed to do, hence my clause for avoiding those who attempt to educate on its doctrine. That work is to be left solely to God and the recipient reader.

As to the question of God, and proof of God, that is actually a fairly easy one. These Occult parasites worship Gods nemesis in all his forms with exacting practice and strict accord. Their success is defined by their adherence to their doctrine and they are immovable on principle. We know that magick, death, evil, darkness, demons, spirits are real and examples of the dark lord whats his face. You’ll see me avoid reference to ill repute directly in fear of mention (incantation) of these vile entities, archetypes.

Then we have Jesus. My belief what they have painted for us is a mythical Jesus and not the mystical Jesus that existed. The Jesus who was educated by the Essenes and taught the ancient ways of the Mystics. Is the same Jesus that utilized this ‘technology’ to educate people on how to behave in the world of debauchery around him. Jesus was enlightened to the transfer of technology from the previous civilization, similar to that of the character of Nimrod who used it for evil. This did not please the Jews nor any other group who was interested in self gain using Nimrods babylonian system of control. That is why upon his death they immediately turned him into a Deity, sun god worship. This was not only against what Jesus stood for, but it was an attempt to leverage the situation and submit his followers to sun god worship. To add insult to injury, the Masons who edited the Holy Books had Jesus tell us that the only way to God is through Jesus, no amount of goodwill or strict accordance to Gods commands can get you to heaven. Only, by praying to Jesus! And what did they do to Jesus? They turned him into a Deity, and when you worship Jesus you are actually worshipping their sun god, thereby relinquishing your soul to the dark lord. Not an easy one, no sir. The Occult makes sure they win, everytime by rigging both sides of the development before it plays out. It’s their common theme of Hagelian Dialectic. God tells us, time after time, to avoid false idol worship then suddenly turns face and ok’s it with Jesus? It doesn’t add up, and no amount of Apostles, Gospels, or exgesis after the fact can change that. You can’t rewrite history by obscuring the past. The truth, when revealed speaks for itself. It adds up. That’s how we find it. We must be prudent investigators, and seek lifelong to answer the questions to ascertain the truth. This assesment I believe does that.

The Occult hold to the edict of duality, they believe that their wickedness is merely a relfection of good and it would happen either way. They figure they might as well live in spoils, submit to ritual, submit to their earthly gains by following the ways of The Occult. It’s a proven win. They own the world, all its empires, all its riches, they have everything on lock. They have ruled with iron fists, lived lavishly spoiled by ill gotten gains, since the beginning of time. This is proven, all its followers know this and this is their lure to become the Devils followers. By submitting, they gain all the fame and fortune they could ever desire. All they have to do is follow their rituals, and worship their dark archetype what evert you want to call him.

How do we get out alive? Simple you don’t. You can only hope that you wise up before they hoodwink you into a deal with the devil, simply by your lack of action by default. Middle ground fallacy here. There is no middle ground. You better figure out where you belong because there is only sacrifice between the Masonic Pillars of Control. Only you can save yourself. No one can do it for you. I can bring a horse to water, but I cant make him drink. If you have neglected yourself the wisdom of the foresight in the knowledge of The Occults ways, then you have not learned how to avoid being a victim of their crimes against humanity. It can be summed up that ignorance of The Occult, is ignorance of Gods word, or what God tells us not to do. Study of The Occult reveals the ways of ill repute to be avoided to fellowship with God in this majestic kingdom, our earth. By studying the deceivers, the students of the antichrist, we can begin removing their weapons of mass destruction by exposing our brothers and sisters to the dark agenda. 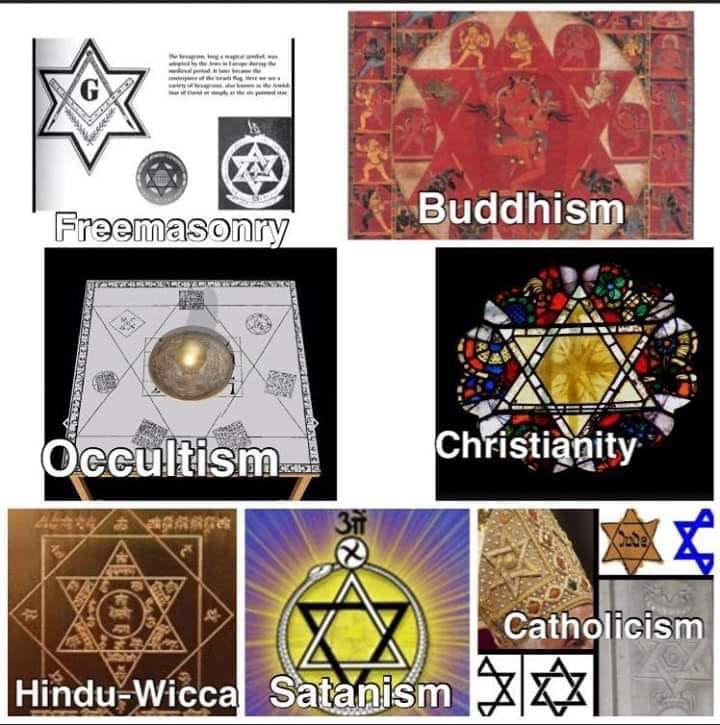 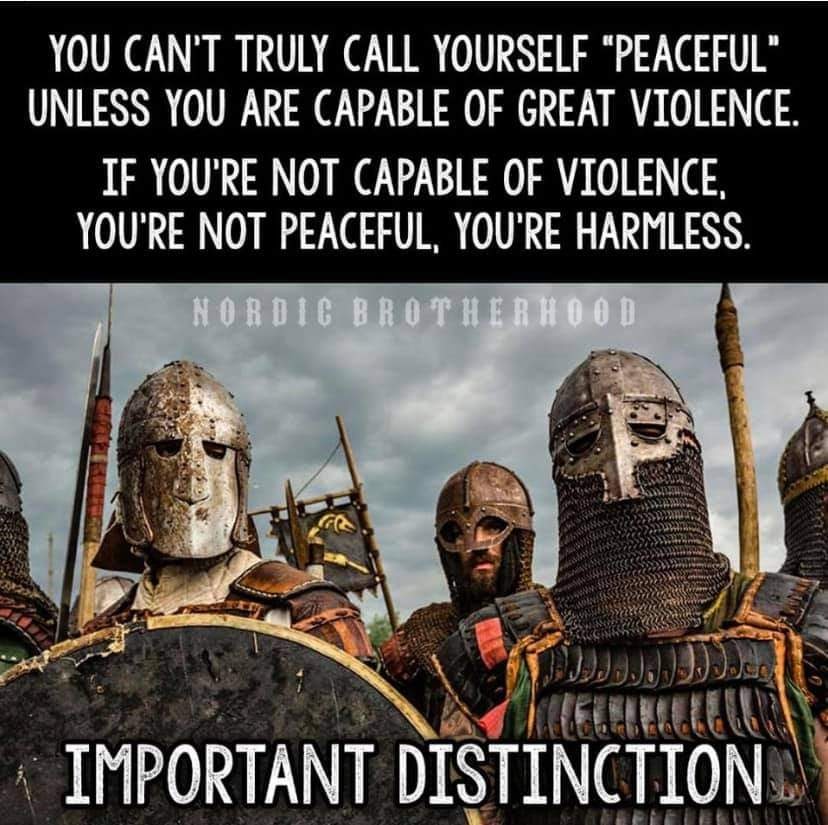 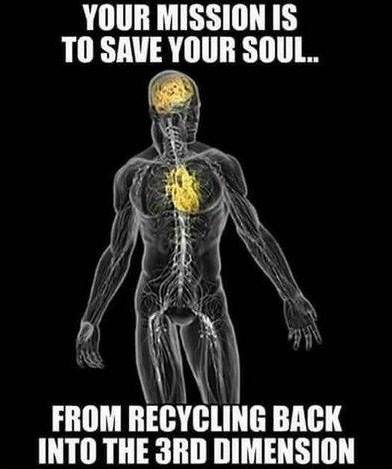 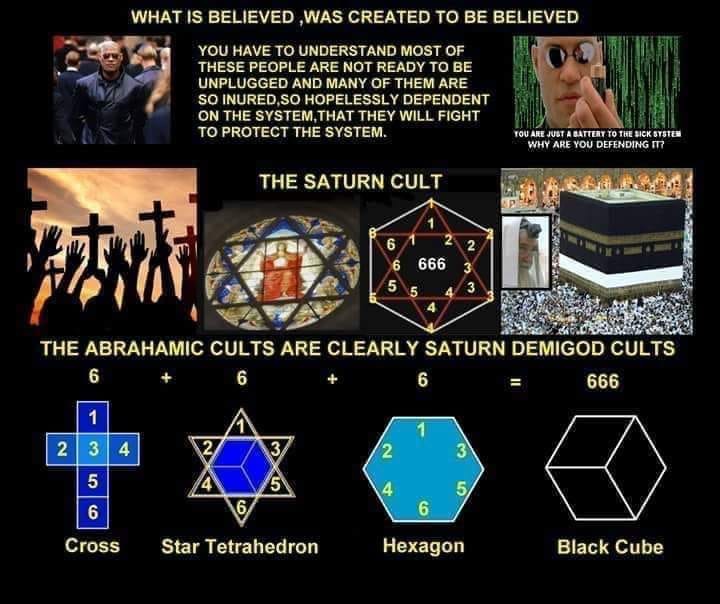 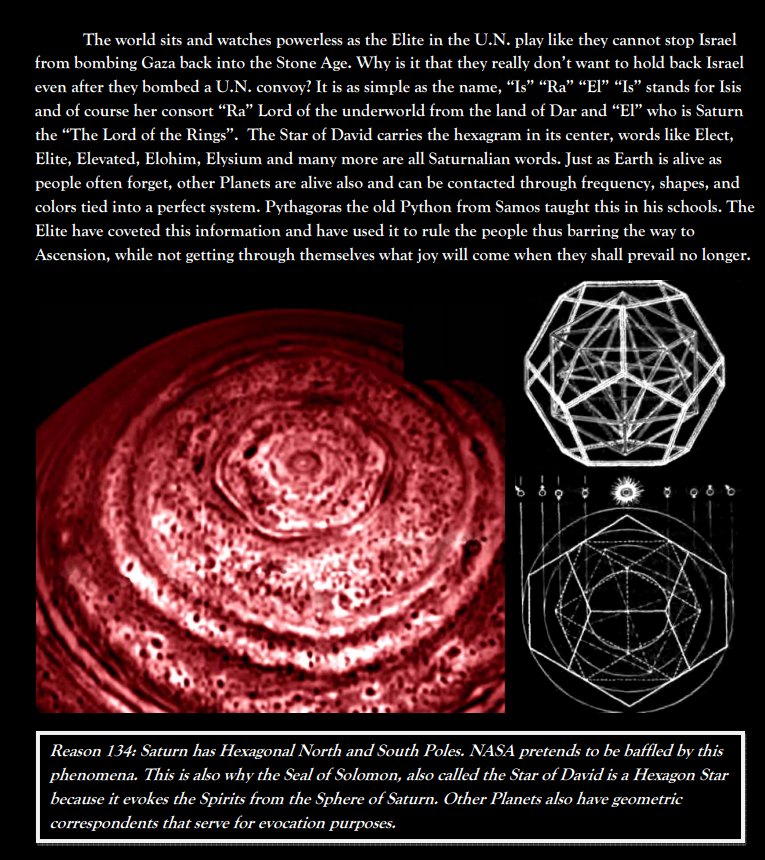 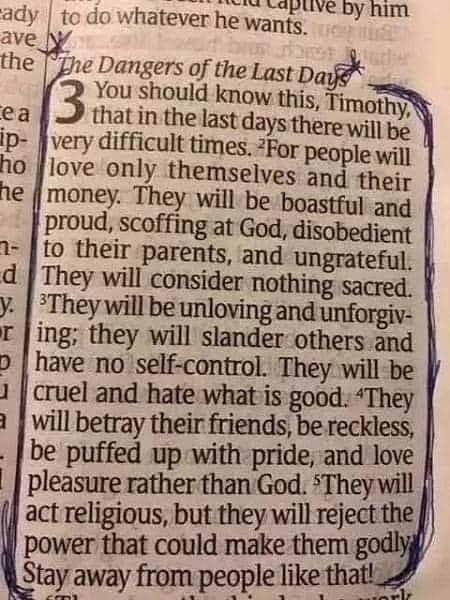 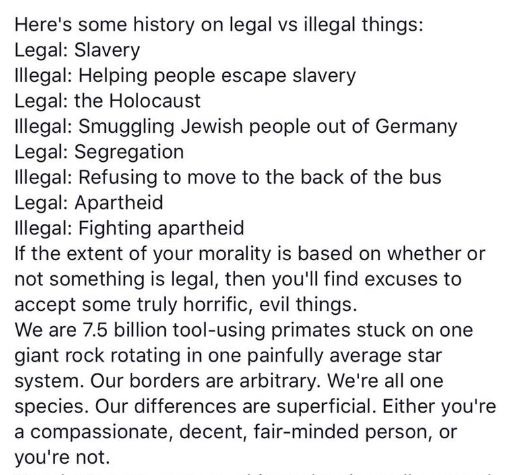 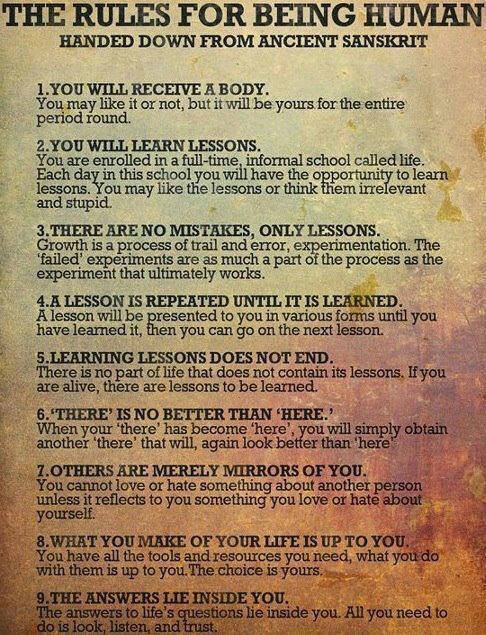 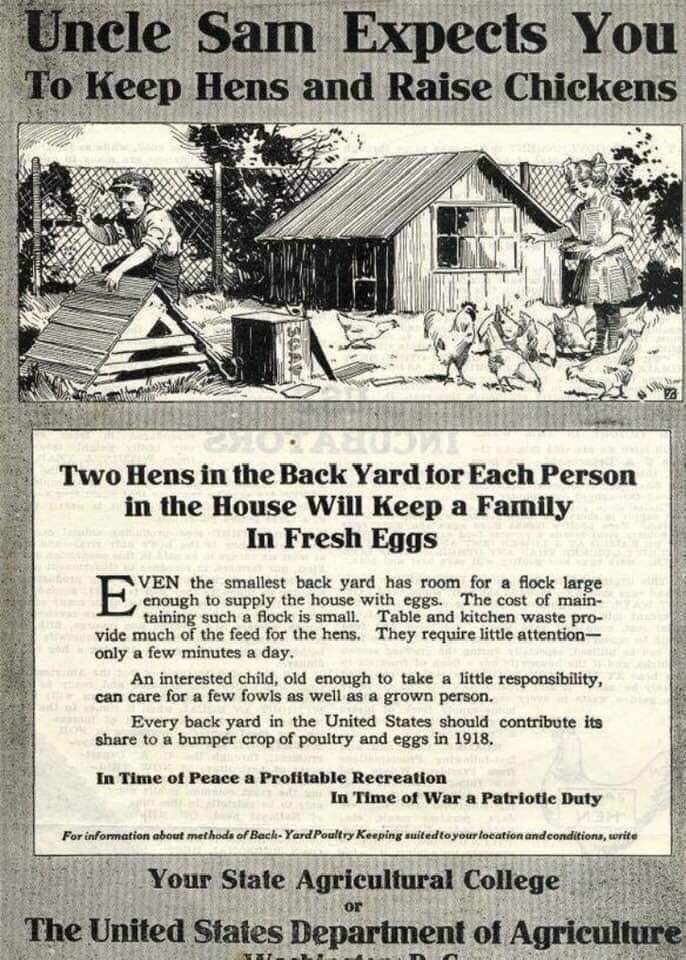