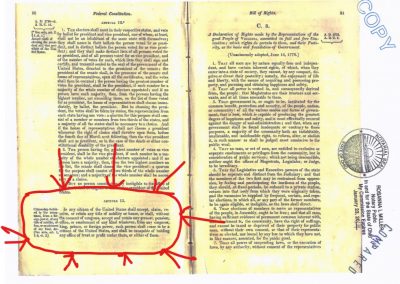 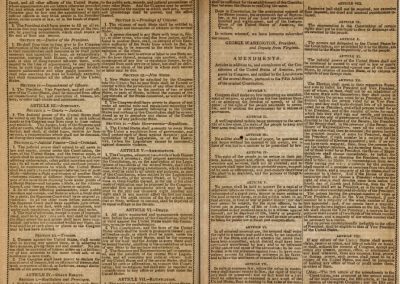 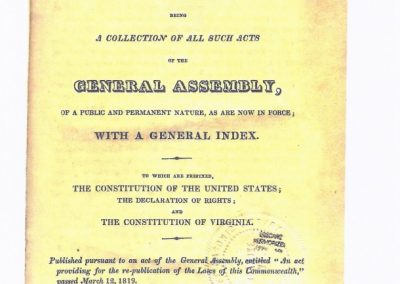 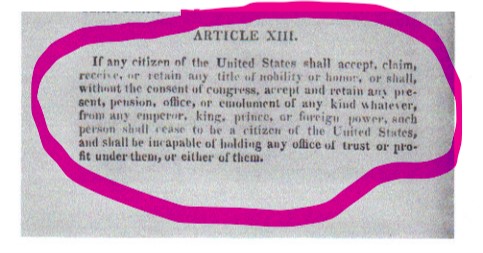 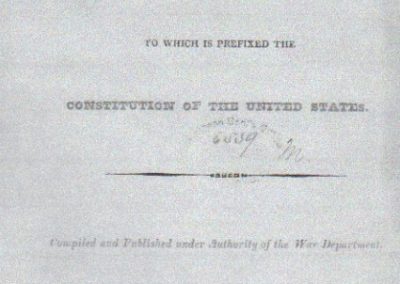 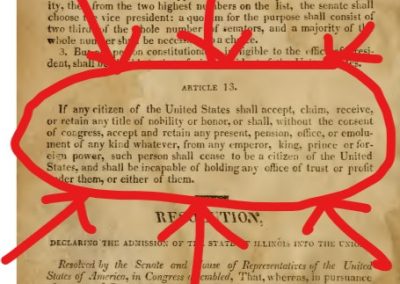 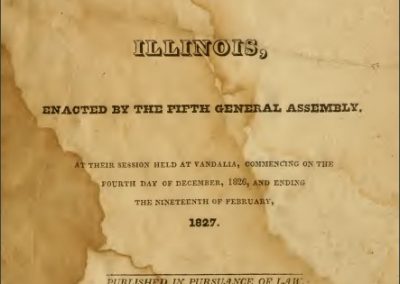 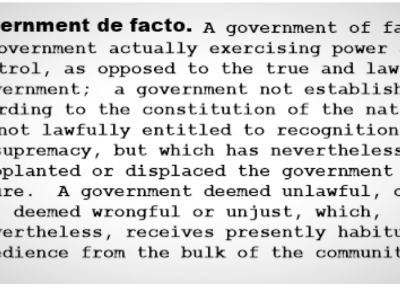 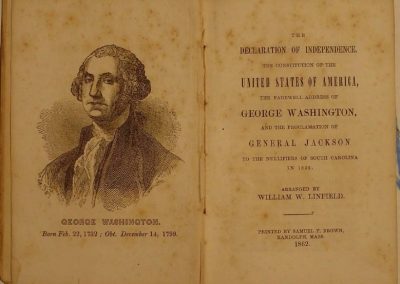 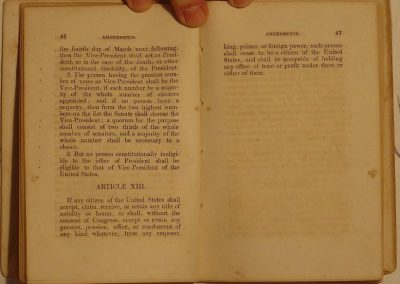 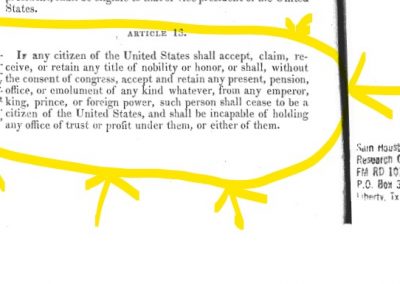 There is no easy way to say it, we, citizens of United States have been hijacked since the beginning. Our case begins with the obvious destruction of evidence of war of 1812, and the continued suppression of historical evidence indicating the correct 2/3 votes for passing of amendment xiii to the United States Constitution. TONA of 1810; Title of Nobility Act, preventing foreign agents from interfering with our government; those that have allegiances to other governments and entities would be prevented from serving in government. ie BAR, BRITISH ACCREDITED REGISTRY!

Because sure enough the BAR members totally took over our government and we became indentured servants to THE CROWN CORP. The Occults scheme to enslave humanity was completed so eloquently by Abraham Lincolns 13th Amendment to allegedly free the slaves; but we know he actually enslaved the known world to the British by through his sophistry of words, 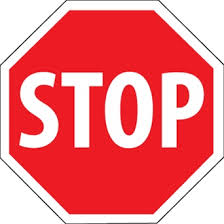 Who or what is the BAR ? Who do they work for? What jurisdiction do they operate in? Link to website.

During the middle 1600’s, the Crown of England established a formal registry in London where barristers were ordered by the Crown to be accredited. The establishment of this first International Bar Association allowed barrister-lawyers from all nations to be formally recognized and accredited by the only recognized accreditation society. From this, the acronym BAR was established denoting (informally) the British Accredited Registry, whose members became a powerful and integral force within the International Bar Association (IBA). Although this has been denied repeatedly as to its existence, the acronym BAR stood for the British barrister-lawyers who were members of the larger IBA.

When America was still a chartered group of British colonies under patent – established in what was formally named the British Crown territory of New England – the first British Accredited Registry (BAR) was established in Boston during 1761 to attempt to allow only accredited barrister-lawyers access to the British courts of New England. This was the first attempt to control who could represent defendants in the court at or within the bar in America.

Today, each corporate STATE has it’s own BAR Association that licenses government officer attorneys, NOT lawyers. In reality, the courts only allow their officer attorneys to freely enter within the bar while prohibiting those learned of the law – lawyers – to do so. They prevent advocates, lawyers, counselors, barristers and solicitors from entering through the outer bar. Only licensed BAR Attorneys are permitted to freely enter within the bar separating the people from the bench because all BAR Attorneys are officers of the court itself.

Does that tell you anything? Read more about the tricky word-game used at:

BAR is an acronym for ‘British Accreditation Regency’ which forms individual state and provincial bars. The “bar” is literally the wooden railing which separates the spectator section of the courtroom from the front section where the judge and lawyers (those ‘admitted to the bar’) sit. Ask an attorney about the BAR oath; it specifies the 1st loyalty is to the court, the 2nd to the State.

One may call the Rule of the world today by many names: The New World Order (a Bush family favorite), the Third Way (spoken by Tony Blair and Bill Clinton), the Illuminati, Triad, Triangle, Trinity, Masonry, the United Nations, the EU, the US, Mystery Babylon or many other names.

However, they all point to one origin and one beginning. We have traced this in history to the Crown Temple, the Temple Church circa 1200. Because the Pope created the Order of the Temple Knights (the Grand Wizards of deception) and established their mighty Temple Church in the sovereign City of London, it is the Pope and his Roman Capitols who control the world.

Examining the resultant of the afore mentioned crime against the citizens of the united states, [good people of Shem&Japheth]; it is easy to see how these occult parasites were able to legally hijack our constitution, put in place some legal mumbojumbo word sorcery, and deliver us unto the evil hands of sick and twisted people who worship the Canaanite gods.

When they stole from us means in our organic legal constitution, to protect our country from foreign invaders, they broke Natural Law of theft, Gods Law in his commands, and began the cascading predicated situation we find ourselves in today.

If any citizen of the United States shall accept, claim, receive or retain, any title of nobility or honour, or shall, without the consent of Congress, accept and retain any present, pension, office or emolument of any kind whatever, from any emperor, king, prince or foreign power, such person shall cease to be a citizen of the United States, and shall be incapable of holding any office of trust or profit under them, or either of them.[1]

Instead they stuffed this Article I, Sec.9  garbage in which as we saw with Biden and Ukraine fiasco has no bearing what so ever, not even a little bit. Rather, being the INVERSE nature of The Occult the select him CEO of their criminal enterprise The United States of America Corporation. 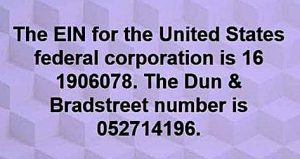 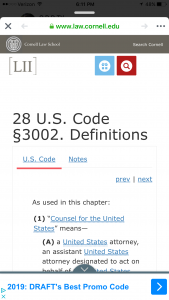 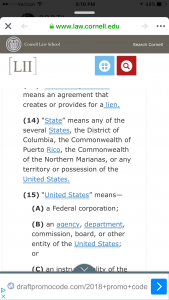 No Title of Nobility shall be granted by the United States: And no Person holding any Office of Profit or Trust under them, shall, without the Consent of the Congress, accept of any present, Emolument, Office, or Title, of any kind whatever, from any King, Prince, or foreign State.

In 1871 the Attorney General of the United States ruled that: A minister of the United States abroad is not prohibited by the Constitution from rendering a friendly service to a foreign power, even that of negotiating a treaty for it, provided he does not become an officer of that power . . . but the acceptance of a formal commission, as minister plenipotentiary, creates an official relation between the individual thus commissioned and the government which in this way accredits him as its representative, which is prohibited by this clause of the Constitution

So, tell me folks are we being played or what? 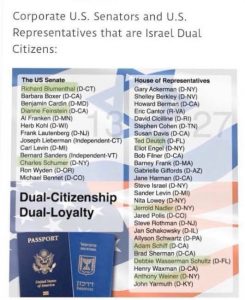 What is it going to take? 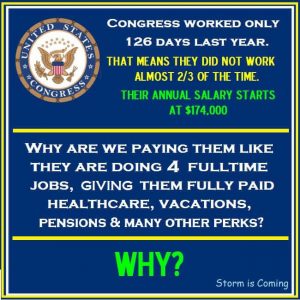 Communism was solely the invention of the Jews.