Discover how the ancient egyptians, sons and daughters of Mizraim and Cush, were conquered by Shem [Shefu; Khufu]. Who taught them the sacred geometry, golden ratio, golden rectangle, pi, fibonacci sequence and the meter. Utilizing the convex glass technology they went all over the earth using their technologies of sun harvesting and concrete forming in erecting seemingly impossible structures all over the known world. Once you know their fingerprint the decode of ancient structures is easy. 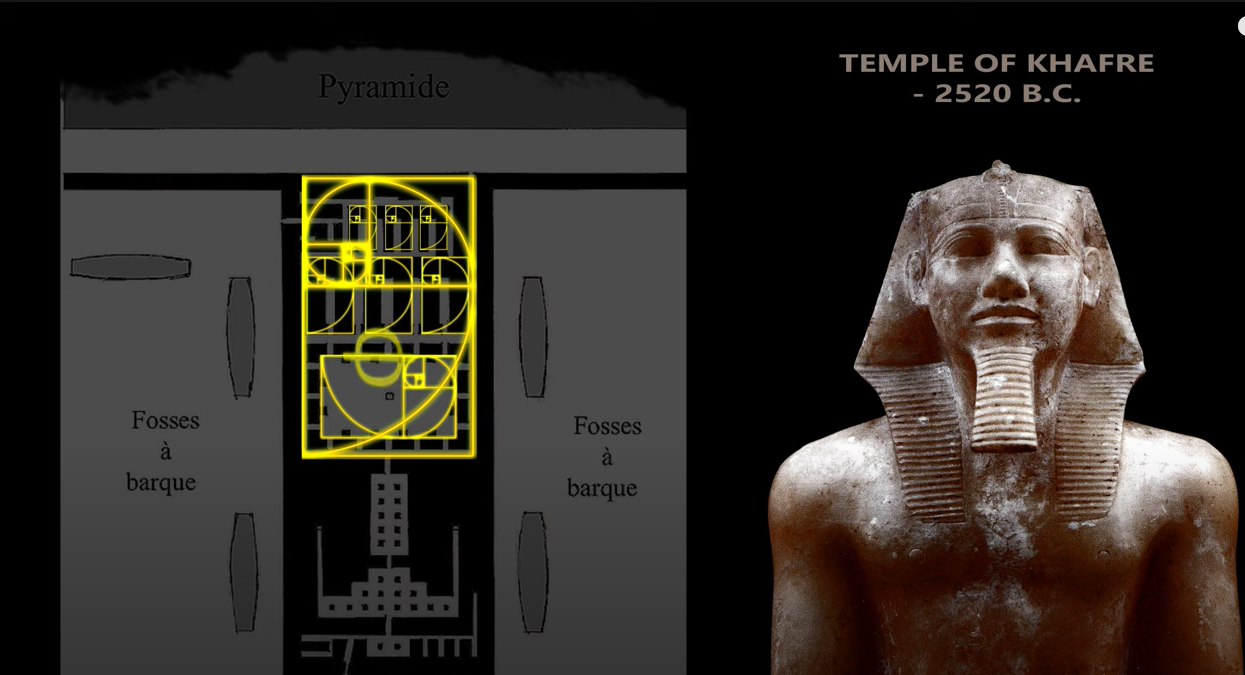 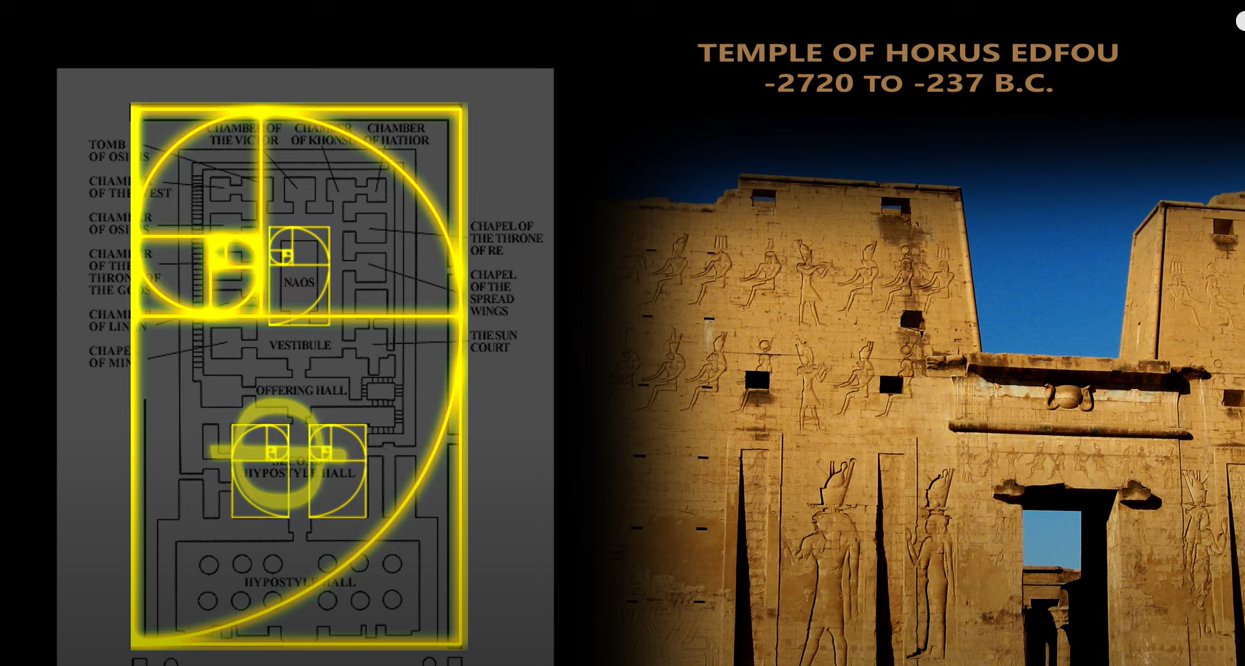 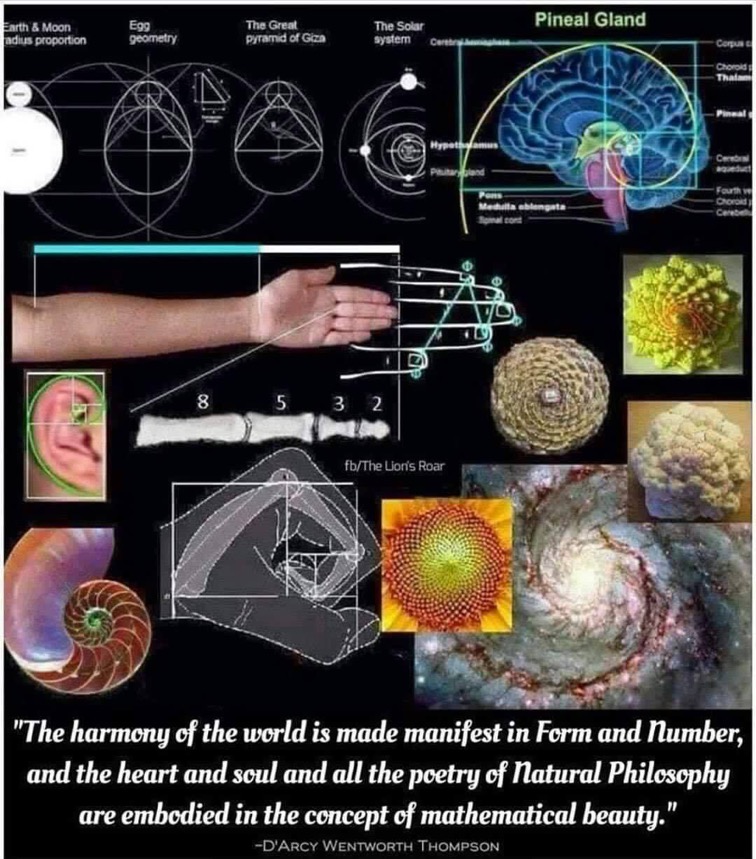 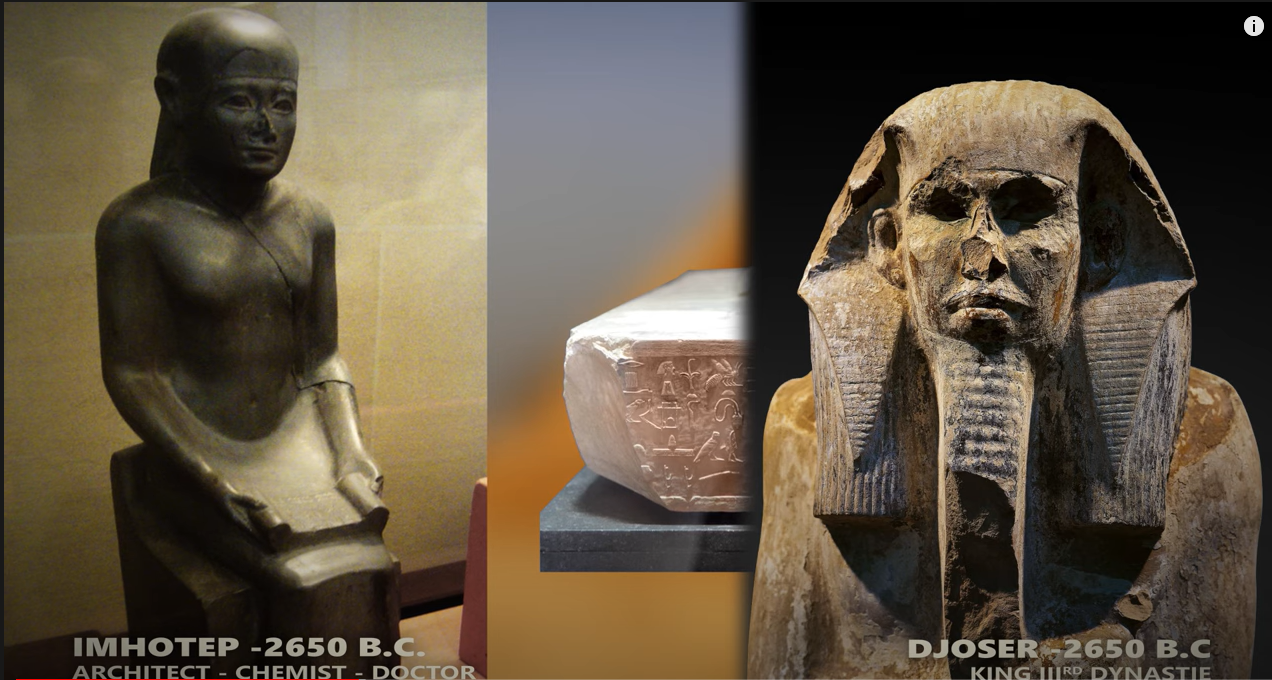 Imhotep, High Priest of King Djoser mixed Natron, Lime, Limestone and discovered that this mixture hardens into natural stone after a few days. Once the formula was refined he built the first pyramid of Djoser -2650BC. With future refinements and their solar technology the egyptians were ready to tackle their biggest project yet. Note the willful destruction attempt at disfiguring the noses of the ancient egyptians. Its an attempt to hide their origins. The war has been waging through out all of time, history is written by the victors of the follwing epochs. 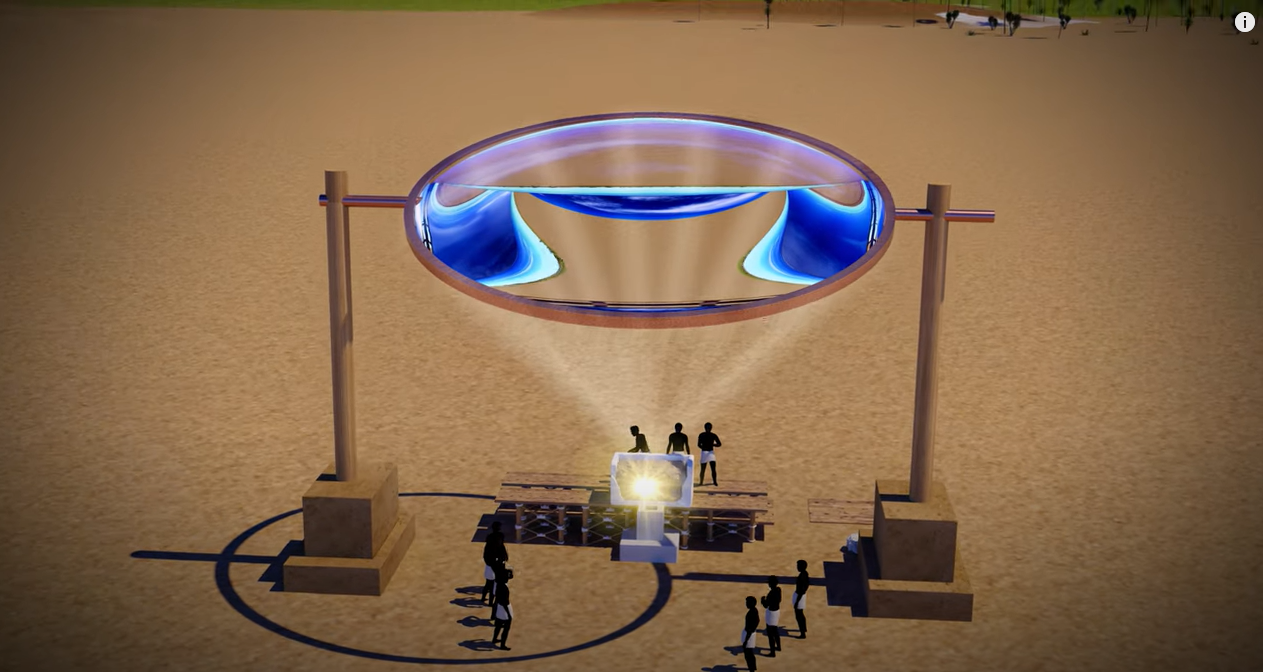 The ancients used 5 meter diameter convex lenses to melt granite into lava and then pouring it into molds. These lenses easily reached 2000C, and were deployed everywhere for cooking food, boiling water, and in building as indicated.

Ham had four sons; Cush, who founded the land of Ethiopia; Mizraim, who founded Egypt; Put,who founded Libya; and Canaan, who founded the land of the Canaanites, the area now in contention as the State of Israel. In the Aggidah. Cush is said to be black-skinned as punishment for Ham’s having had intercourse on the Ark. “Three copulated the Ark, and they were all punished-the dog, the raven, and Ham. The dog was doomed to be tied, the raven expect rates his seed into the mouth of his mate, and Ham was smitten in his skin. Note 9, San. 108b. i.e., from him descended Cush, the negro, who is black-skinned.”

In talmudic literature, Cushi always means a black person or the negro race. Cushite is synonymous with black. (Yar Mo’ed Katan 16b). The Bible as presently translated makes no reference to “ush’s color. Reference to his descendants, the Cushites, appears only in Numbers and in Samuel Book Two. Numbers 12:1 reveals that “Miriam and Aaron spoke against Moses because of the Cushite woman he had married, for he had married a Cushite woman.” Here again, no explanation is given as to why Miriam and Aaron turned against Moses, yet the matter is obviously of some importance, because the same verse emphasized by repetition that he had married a Cushite woman. We find the explanation by turning to the Talmud, which tells us that “Cushite” always means black. The verse in Numbers should read, and originally may have read, “Miriam and Aaron spoke against Moses because of the black or Cushite woman he had married.” Second Samuel contains seven references to Cushites, but again no descriptions are given. Prof. Sayee, the noted Egyptian scholar, and authority on the ancient Near and Middle East, explains that Canaan means “low,” and Elam means “high.” The Canaanites were those who inhabited the low places; the Elamites occupied the high ground. Col. Garnier, in his great work, “The Worship of the Dead,” quotes Strabo’s observation that “the Cushites inhabit the coastal regions of all Asia and Africa.” They were never aggressive enough to fight for or remain on higher ground, and were forced to remain in the low, swampy areas, exposed to the elements, areas which other peoples would not contest them for.

Garnier continues, p. 78 of “The Worship of the Dead”: “We have also seen that Osiris was black, or of the Cushite race, and this was characteristic of the Egyptians. Herodotus speaks of the Egyptians generally as black and wooly haired. There were two races in Egypt, the Mizraimites, who first colonized the country, and the black Egyptians, the latter receiving their name from Aegyptus, the son of Belus, i.e. Cush. There can be little doubt, therefore, that Aegyptus, the father of the black Egyptians, and son of Belus, is the same as the black Osiris.”

On p. 92 Garnier informs us: “The Aryan immigration and Brahmanism were subsequent to that of a Cushite race more or less hostile to them and their religion. We find Aryan traditions speaking of themselves as white and the Dasyns as black, i.e. Cushite.” Garnier quotes a description of the Cushites as follows: “They call them demons and devil-worshippers, and lascivious wretches who make a god of the Sisna, the Lingam, and the Phallus.”

Garnier goes on (p. 131) to observe that “Buddha must be identified with those gods whose human origin was Cushite, from Cush, the great prophet and teacher of the ancient Paganism, the father of the black or Ethiopian race. Buddha, although the chief god of the yellow race, is constantly represented, as black with wooly hair and negro features, the flat noses and thick lips of many of the ancient statues which occur in Hindustan, for these are clearly the well-known features of the genuine African negro; the human origin of Buddha was Cush.”
Ham’s subsequent acts did nothing to clear his reputation. He stole the garments which God had made for Adam and Eve before he expelled them from the Garden of Eden. Cush inherited these garments from Ham and passed them on to his son, Nimrod. Because of these garments, Nimrod became known as “the mighty hunter.” He was considered to be invincible as long as he wore these garments, which are recorded in Genesis 3:21. Animals and men cowered before the onslaught of Nimrod because of these garments, which conferred great powers upon him (Encyclopaedia Judaica). Nimrod, who was born on December 25th, the High Sabbath of Babylon, was the founder of Babylon and the city of Nineveh.